Becoming a Better Man: Refusing to succumb to workplace bullies helped me discover who I am 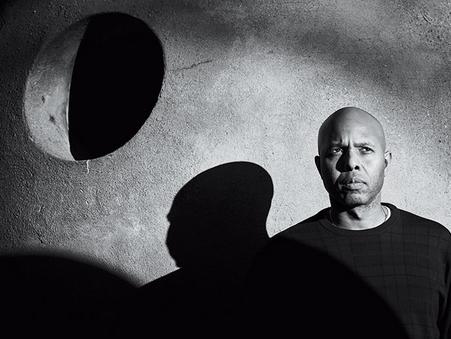 In 2014, I called my next oldest brother to ask a very important question, “If anything happens to me, will you take care of ma?”  My goal was to obtain confirmation for my question and then end my life, but it didn’t go as planned.  I started to cry, my brother asked questions, and then I abruptly hung-up the phone.  Then, over the next hour, my brother called franticly to attempt to contact and save me.

On this cold March morning, I almost died-by-suicide because I believed that I didn’t have any value, no one wanted the things I did, and if being ethical caused this much pain and torment… then, why would I want to live anymore?  Even though I was ready and prepared to end my life, I didn’t want to die.  However, I desperately wanted the emotional pain to end with the quickest path to relief.

Over a few years in different organizations, I fought against being complicit to unethical activities.  The requests and directions I received as a consultant were surprising and shocking.  In over a decade of working at Fortune 500 companies – while managing multi-million dollar projects, I was almost never asked to do anything I believed to be morally and/or ethically wrong.  Notwithstanding, I did witness bad decision-making; although, this isn’t the same as intentional actions for personal gain.

At one company, after delivering independent audit results for a state government client, I was asked to change information in a report to justify an organization’s desire for additional funding.  After discussing this request with my company’s executive team, the decision made was that the report wouldn’t be changed.  Then, the client threatened to no longer do business with this small consulting company if the report didn’t reflect its wishes.  Shortly thereafter, my leadership team directed me to alter the report to meet the client’s needs, which I refused to do because the changes didn’t reflect my documented findings.

In another organization, I contracted for a federal government client.  Every day I requested work to do, but wasn’t assigned any tasks to complete.  My requests continued for weeks while being paid to sit at my desk until I was finally directed to develop a project budget.  Upon requesting verifiable budget information from the project’s executive, I was directed to enter whatever costs I wanted to input without project information to substantiate the forecast.  After this incident, being continuously underemployed, and being asked to engage in unethical activities, I sought other work.

There was another incident in which I was constantly belittled, scolded, and essentially called “stupid” several times.  After reporting these incidents to my executive manager, the hostile and unprovoked attacks didn’t abate.  As a result, I couldn’t justifiably continue to work for an organization in which I was disrespected, demeaned, and devalued.

After a period of short assignments, I couldn’t obtain gainful employment.  As the months and years passed, my drive to succeed deteriorated, my future earning potential was highly uncertain, I lost hope, and I was extremely depressed.  These pressures led to the day I almost ended my life.

The primary things that saved my life were: (1) my brother telling me, “Stacey, this is a just a moment; you need to get past this moment” and (2) going to the Arlington County Detention Facility (ACDF) a few hours after I almost died-by-suicide to teach inmates.  Surprisingly, I couldn’t enter the jail that day because it was on lockdown, but just by mustering the courage to go there I took affirmative action to begin to reclaim my life and drive my future.

The ironic thing is that teaching inmates isn’t something I ever wanted to do.  Yet, a year earlier my friends and family convinced me to do it, along with using my books of inspirational quotes with the inmates.  Interestingly, my time at the jail teaching incarcerated individuals made me forget my personal troubles that kept me in a depressive state.  Being in this environment gave me a sense of purpose, meaningful work, and value.

I wrote this quote during my darkest days to help remind me about the importance of forward-progress:

“Your darkest days don’t define you, but instead provide an opportunity for you to display your strength and character, which will ultimately drive the individual you become.”

There can be other plans for our lives that are communicated in sometimes subtle messages that can be missed if we’re not open to receive them.  These messages can validate our existence, journey, and path.

During my first ACDF visit to determine if I could teach at a jail, I entered the housing unit in which I would teach.  Unexpectedly, someone yelled my name.  At first, I ignored it because I didn’t know anyone at this jail.  Then, I heard my name again, which was directed toward me by someone I didn’t recognize.  After getting my attention, I was reminded that we were friends in high school.  This experience changed my perspective about teaching inmates because I connected to a common bond of humanity, reflected on the significance of this chance encounter, and accepted my outreach with humility.

Another one of my quotes that helped strengthen my will was:

“Many individuals are afraid of jail; however, individuals often lock themselves in their own prisons.  Be your own warden and set yourself free of unnecessary worry, doubts, and limitations.”

​My heart-wrenching choices taught me powerful lessons about living a purposeful life:
​* First, fighting to do the right things and making positive changes is always beneficial even if the short-term pain might seem unbearable;
* Second, current circumstances might affect me, but it doesn’t need to define my future unless I choose to unnecessarily surrender;
* Third, even during the worst moments, I can support others while at the same time helping myself;
* Fourth, wasting time engaging in self-deprecating behavior or engaging in destructive activities hurts me the most while not improving my current situation;
​* Fifth; there’s an immeasurable value in not needlessly losing yourself to conform to others’ self-serving interests.

I humbly learned that with positive, definitive choices while confronting unimaginable circumstances and overwhelming odds, I never will need to wonder if I did the right things — while intentionally creating the life “I purposely choose to live.”


Learn about Mr. Young’s work to bring awareness to the impacts of harassment and workplace bullying:
slyoung.com/workplace-bullying.html